The Roman Empire and Romanization News 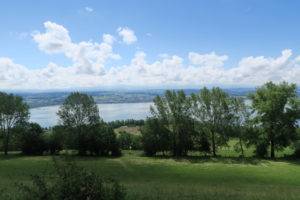 The Helvetians (Helvetii in Latin) was the name for some Celtic tribes. They inhabited the Swiss Plateau. The names of some of the tribes are known, the Tigurini, Ambrones, Verbigeni and Tugini. The Rauraci and Suebi inhabited the regions of Basel, Southern Alsace and Baden during the same period. The other tribes in present-day Switzerland … END_OF_DOCUMENT_TOKEN_TO_BE_REPLACED 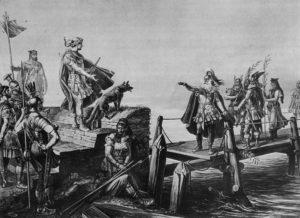 He did this to have a buffer against the Germanic tribes. It is probably because of these tribes that the Helvets wanted to settle in Gaul. It was their bad luck (or luck afterwards) that Caeser had other plans. To strengthen the Roman position Caesar founded two cities on the territory of the Helvets just … END_OF_DOCUMENT_TOKEN_TO_BE_REPLACED

A Roman Road without Borders.

The approximately 400 km long road follows the course of the old Via Romana, which connected the Roman legionnaire’s camp Vindonissa (Windisch, canton Aargau, Switzerland),  with the settlement Grinario (Köngen near Stuttgart in Germany). This road is also designated by the Tabula Peutingeriana, a Roman road map. The original map is lost, but a medieval … END_OF_DOCUMENT_TOKEN_TO_BE_REPLACED