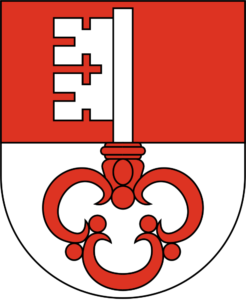 The canton of Obwalden (capital Sarnen) and the canton of Nidwalden were called Unterwalden in the Middle Ages.

The canton lies on a spur of Lake Lucerne and, although small, is one of the founders of today’s Swiss Confederation.

After the Celts, Romans and the first Burgundian Empire (443-534), the Alemanni came to the area. From 1032 Obwalden was part of the Holy Roman Empire.

The Counts of Lenzburg played a dominant role until they died out in 1173. The monasteries of Beromünster and St. Leodegar and regional noble families were also landowners.

Habsburg was the most important power in the thirteenth century. Obwalden was part of the first Eidgenossenschaft in 1291/1315. Obwalden was granted the status of a free imperial city (Reichsunmittelbarkeit) by Emperor Henry VII. (1273-1313) in 1309.

After the battle of Morgarten and the Federal Charter of 1315, Obwalden follows the history, economic development and southern expansion of Schwyz and Uri.

From 1403 to 1515, Obwalden occupied Italian territories on the other side of the Gotthard and administered them together with other cantons as “subject territories” (Untertanengebiete).

Obwalden remained Catholic during the Reformation and participated in the Counter-Reformation after the Council of Trent (1545-1563) and the local religious wars (Kappel War of 1529 and 1531).

On the European stage, Obwalden mercenaries took part in the religious civil wars and alliances with Catholic monarchs. The mercenary trade remained an important economic activity until the abolishment in 1848.

The Landsgemeinde existed since the thirteenth century and was abolished in 1998.

Obwalden was a member of the Catholic Sarnerbund (1830) and the Sonderbund (1847) and reluctantly agreed to the constitution of 1848.

From the beginning of the assembly of cantons (Tagsatzung) in the fourteenth and fifteenth centuries, Obwalden shared its seat with Nidwalden. Since 1848, both cantons have their seat in the Council of States (Ständerat).

The coat of arms of Obwalden is taken from the seal (a key) used to seal the charters. The cantonal state archive of Obwalden keeps one of the originals.

Both cantons had the same seal until the fifteenth century. That is the reason why the heraldry is almost identical.