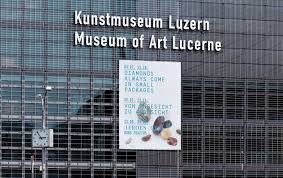 The collection of the museum (Kunstmuseum) consists primarily of Swiss art from the Renaissance through to the present day. It contains exemplary paintings from the early and high Baroque, by Kaspar Meglinger and Franz Ludwig Raufft as well as a comprehensive series of portraits by 18th century artists such as Johann Melchior Wyrsch, Felix Maria Diogg, Anton Graff and Josef Reinhard. One central area is formed by Swiss painting of the 19th century, particularly landscape painting, represented by artists including Alexandre Calame and Robert Zünd . A group of works by Ferdinand Hodler and representative groups by Hans Emmenegger and Felix Vallotton provide the collection’s highlights in the area of early 20th-century art.  Prominent in the collection is art produced from the 1970s onwards.