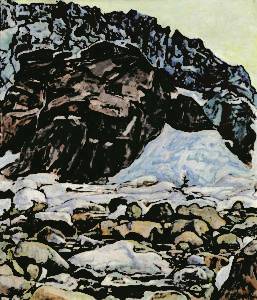 The two glaciers of Grinderwald are among the most researched glaciers worldwide. Taking a closer look at the glaciers one can see their retreat. In the 16th and 17th centuries the focus of public attention was more on the dangers of ice masses. After 1700 they began to be regarded as a curious phenomenon. In  the nineteenth century and by the rise of tourism they became first idealized and later  an integral part of the alpine landscape. Since the 17th century the two glaciers have also been a popular subject for artists. The exhibition “Keinesmehr“ or ‚no more sea of ice‘ consists oft wo parts. One part provides scientific background of the glacier and the climate change. The other part shows the most famous paintings of  the two glaciers.