Switzerland in the Making 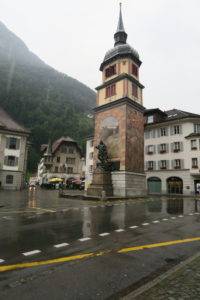 The exhibition shows the conditions under which the old Confederation was formed in the Middle Ages (12th-14th centuries). The history of today’s Confederation goes back more than 700 years. The relations between king, church, nobility and peasants and the emerging written language, cities and trade provide insights into this period of upheaval. The “Schwarze Stube” provides an insight into a medieval house. The building dated from 1311 and was saved from demolition. The communities of the people inhabiting the valleys around the Lake of Lucerne, the significance of their treaties (Bündnisse) and the role of the rural assemblies (Landsgemeinde) are shown. The exhibition also deals with William Tell, Arnold von Winkelried, and the Rütli legend.