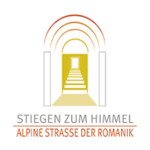 The Alpine route of Romanesque culture is a route along buildings and paintings from the Romanesque period. The route stretches between the Swiss Engadine and Italian South Tyrol and Trentino. It shows dozens of Romanesque cultural sights. The Vinschgau with the Val Müstair is home to some of the oldest Carolingian/Romanesque churches and frescoes in … END_OF_DOCUMENT_TOKEN_TO_BE_REPLACED

Thurgau was first mentioned as a county in the duchy of Swabia in the 9th century. After the extinction of the counts of Kyburg in 1264, the Habsburgs inherited the rights. Medieval Thurgau was not yet a clearly defined historical region and included large parts of the present cantons of St. Gallen, Zurich and the German … END_OF_DOCUMENT_TOKEN_TO_BE_REPLACED

Switzerland in the Making 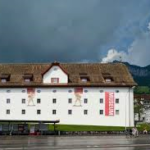 The new permanent exhibition at the Forum of Swiss History in Schwyz shows ‘Switzerland in the Making’. The exhibition focuses on the foundation and early development of the Swiss Confederacy in the Middle Ages. The history of the Swiss Confederation goes back more than seven hundred years. The beginning of Switzerland is still debated: when, … END_OF_DOCUMENT_TOKEN_TO_BE_REPLACED