The Land of the Queen of Sheba 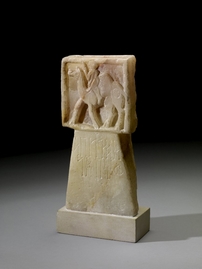 The peninsula of South Arabia was once a happy region, Felix Arabia, according ancient Roman authors. The Kingdom of Sheba was one of the richest territories,  queen Bilqis was a famous (mythical) person and merchants transported their luxurious goods by huge caravans to the Mediterranean and far beyond. The Kingdom covered the territory of present-day Yemen. Advanced irrigation and farming technics established a rich agriculture, as was the case in Egypt, Iraq and Syria as well. The exhibition shows this forgotten past of this country in turmoil and decline.