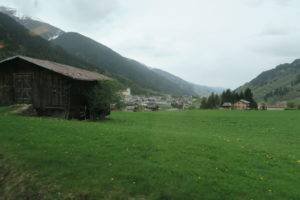 The Benedictine abbey St. Martin in Disentis (Canton Graubünden) is one of the oldest monasteries in Switzerland.

The abbey was founded in the eighth century and underwent many architectural changes.

The present-day building reflects the so-called Vorarlberg Baroque style of the eighteenth century.

The abbey was an integral part of the European Benedictine network.

Visitors of the abbey and the abbey museum will also notice the name Disentis-Mustèr. Mustèr is Romansh for the monastery.